New version to be released with sharper graphics

Here at Wookanana we’ve been working hard trying to improve the graphics within the game.

One of the key changes is the complete change in the main menu.  Before the menu system used the simple still graphic for its background.  This simple “face off” picture shown below originally served us well, but there were calls for something more dynamic and exciting. 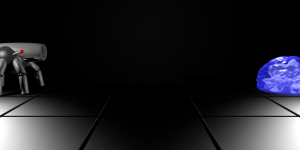 Now the main menu system background is animated, showing a number of entities moving around a room in the robots lair.  The stills below give an idea of the graphics approach, but the full affect can only really be appreciated by playing in the game itself. 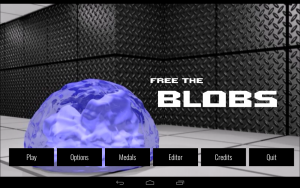 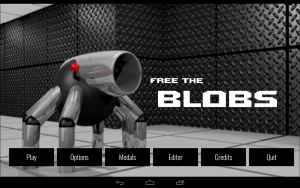 One of the problems the original release encountered was that the UI didn’t resize well across the full range of mobile and tablet devices.  This was particularly noticeable on an iPad, where the movement buttons were small and squashed.  To improve this the game now automatically adjusts the usable screen height to better control the aspect ratio of the UI elements. The effect can be seen on the two shots below, with the letter box effect only on the right hand image. Note how this improves the size of the side bars and the control buttons. 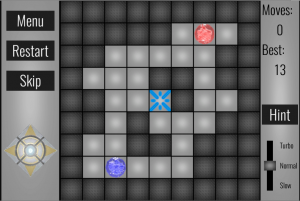 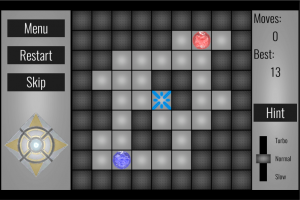 Here we have tried to improve the general look of the graphic sprites and UI elements for the game.  The shot below illustrates the new look for the game. 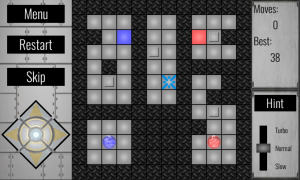 It’s still the same gritty puzzler, but we’ve tried to smartened it up to widen the appeal of the game.  We think it’s looking pretty good now but please leave a comment below to let us know your thoughts.

Expect these updates for both Android and Apple to be released within about a week.